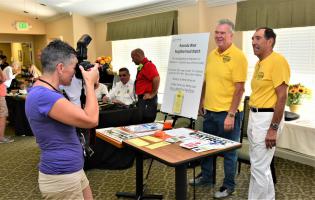 Thanks to Jack, Alan, Sue, and Karen for inviting others to join!

Float Finished and In the Parade!

Floats throughout the years

"Despite a spike in population growth in 2017, Charlotte County experienced a drop in crime by 14 percent." So said Charlotte County Sheriff Bill Prummell at the annual "Meet the Sheriff Night," sponsored by Rotonda West Neighborhood Watch.

Some 60 Watch volunteer and guests attended the program on April 19 in the Community Center. The Sheriff was introduced by Jack Horner, Neighborhood Watch President.

In his introductory remarks, Sheriff Prummell gave credit to the community's Watch program. "Rotonda West continues to to be one of the most crime-free and safest communities in the County," the Sheriff commented. "Your Watch stands out among the 50 in the County, is the oldest and is a model for the rest of the County," he said.

In his presentation, the Sheriff explored two major areas...what holds for the future population in Charlotte County and the County school safety programs, based on new Florida legislation. 15,000 students are enrolled in County schools.

He noted that the County's population is now at 133,000 and soon to increase substantially.. Babcock Ranch will add 50,000 residents to the population, and other community developments will do their share. He added that Rotonda West and South Gulf Cove currently have the greater number of new home permits.

"With this future growth coming sooner than later, we are busy planning for substantial growth in the County," he commented.

"One program that we have been active with is staffing school resource deputies, armed and in uniform," the Sheriff said. "We started several years ago and have just a few schools and two Charter schools remaining to staff."

The Sheriff described how his staff is trained for an active shooter. He commented that the old approach was to gather three or four deputies and they would enter the building. "But by that time, it might be too late," he commented. The new technique, he said, has the first deputy on the scene  go in and get the shooter. "We have on-going active shooter training," he added.

He also announced that the Sheriff's Office will hire a Health Counselor to specifically work with mentally impaired people to stop any escalation of a potential problem.

"Following the Parkland tragedy when arming teachers was discussed, I've had calls from many teachers and only one wanted to be armed," he commented.

The Sheriff concluded his remarks by taking questions. He is a veteran of 24 years in law enforcement. He was elected Sheriff in 2012 and re-elected in 2016. 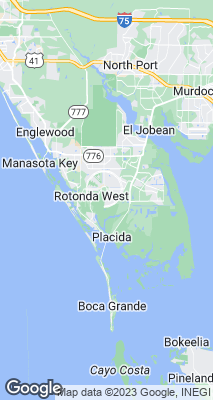